“…the [Brine Garden] paths lead us through a landscape whose rural history is still palpable in the tall old horse chestnut, the great black walnuts and the sugar maple that once stretched their arms wide, shading cows in the pasture.” 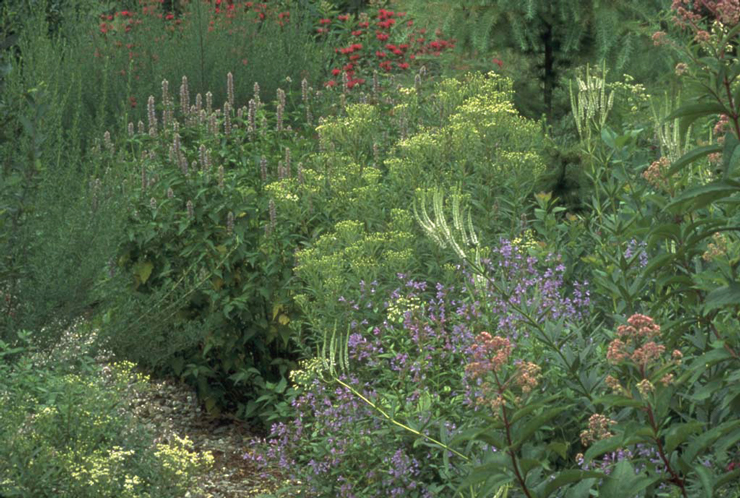 Posts from the locust grove along with rough-hewn oak planks supply the property with an over sized trellis, gates, fences, footbridges, and benches reminiscent of yesteryear. Old iron furniture complements the rustic wood structures as well as the open-gable period architecture. 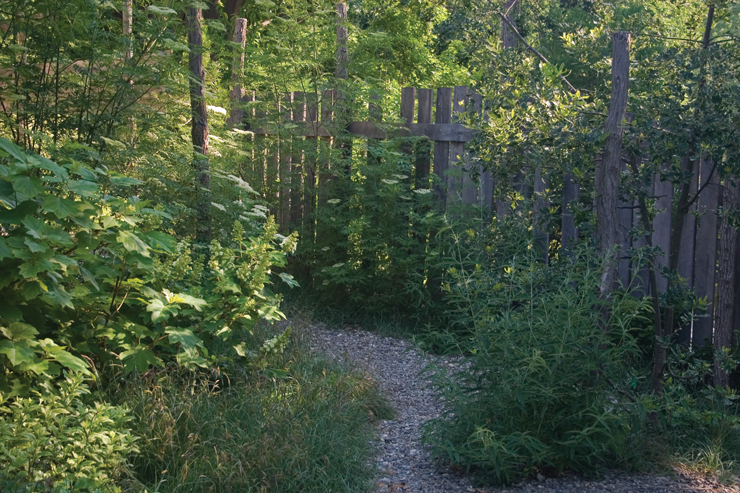 “Something I realize more and more is that, as you walk down the paths, you are actually in these various plants,” Brine remarks.
“You’re underneath a tree, or there’s a shrub over your head, so you’re inside the plant world. Some people might find it claustrophobic, all these branches in your face. But you see this leaf, that berry — it’s part of the fun. There’s a lot of mass, but a certain amount of detail when you have these encounters. Leaf to leaf, berry to berry — that’s how I spend my life. Not standing outside of it.”
— Hudson Valley Magazine, Best of the Hudson Valley, Lynn Hazlewood

GardenLarge’s Brine Garden is adjacent to the Appalachian Trail, the Pawling Nature Reserve and the Great Swamp.

It is part of a corridor of wildlife, with routine sightings of rabbits, ground hogs, voles and deer along with occasional glimpses of bobcats, minks, and foxes as well as the middle-of-the-night howling of coyote and sightings of black bear not too far distant. 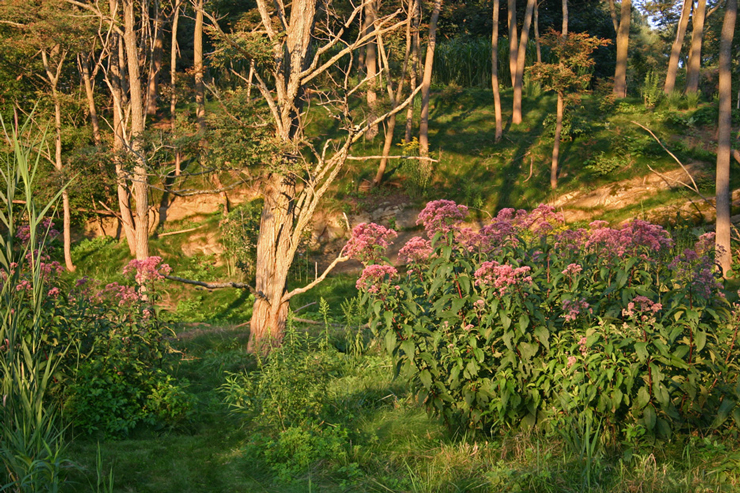