Principals of GardenLarge, A Leader in Naturalistic Landscape Design, Since 1984

“The couple met in New York in 1981 when Mr. Brine was on hiatus from a job as the art director of the “Faerie Tale Theater” television series, and from various film production jobs. Ms. Brine, a painter whose name was then Julia Allard, had planted a few tomatoes and herbs behind her Brooklyn apartment, but Mr. Brine started planting an ebullient ornamental garden there, just so he could film it. As it turned out, “the process of making the garden was so fantastic,” he said, “that I decided to be a landscape designer instead of a filmmaker.”
– The New York Times, Anne Raver 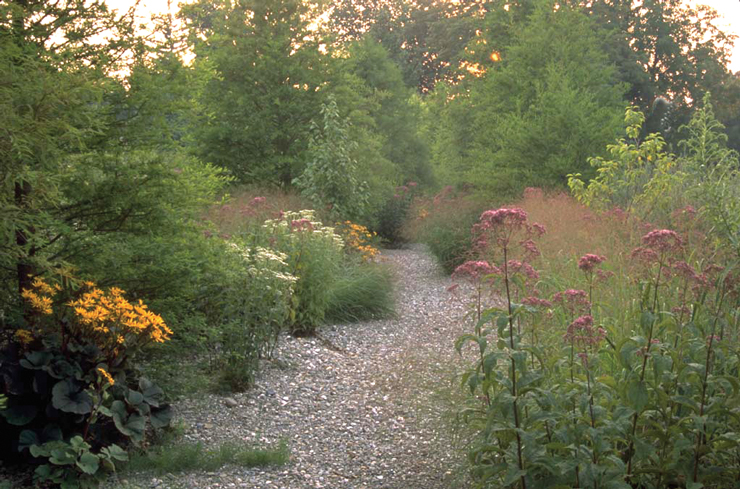 Duncan and Julia lived in Brooklyn for seven years and married after they moved to the Hudson Valley in the late 80s. “It was a very thorough rehearsal,” he remarks. The couple spent a year each in Garrison and Hopewell before moving to Pawling in 1990. There they bought a circa 1920s house on two acres with a lovely view of a forested ridge. The property had mature trees but was otherwise undeveloped.
— Hudson Valley Magazine, Best of the Hudson Valley, Lynn Hazlewood