“If the six-acre Pawling garden of Duncan Brine in Dutchess County is about anything it is the grand, sweeping gesture that can leave the visitor confused as to just where Brine’s hand ends and nature’s begins. And that is just the way he likes it…

…When visiting Brine’s garden…it is best to leave your preconceived notions at the gate. Brine’s intentional altering of traditional garden rules, his use of very large specimens and the sheer size of his garden footprint create a topsy-turviness he refers to as ‘purposeful confusion.’ 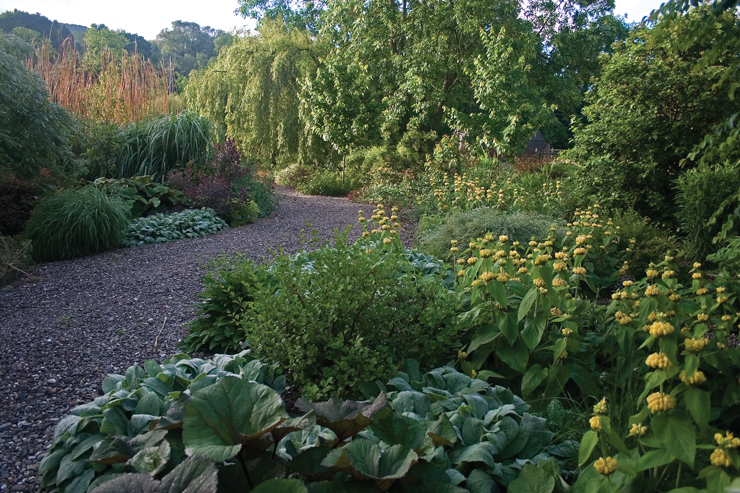 A visitor to the garden is not only IN the garden, but often in the weeping, cascading and swaying plants themselves due to his carefully chosen and extensive list of monumental trees, shrubs, and grasses that envelope and shade you, drawing you deep inside what is no less than a massive gardening experience.

There are flowers as well – Joe Pye weed, Ligularia, ironweed, Nepeta, golden aster, perennial plumbago – but they are vigorous varieties in naturalistic swathes that complement the scale of the rest of the garden and the ridge beyond that lends a very carefully cultivated vista… 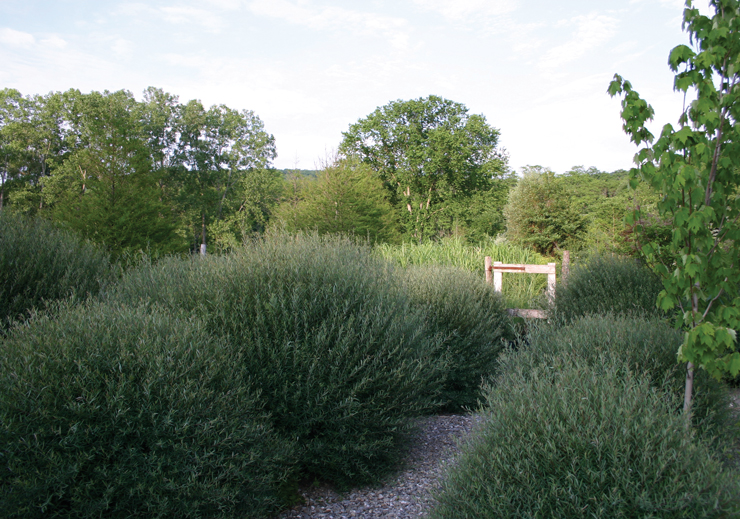 Large is about vision

‘Gardening large isn’t about the size of a property, it’s about having a large vision for the entire property.’ says Brine, who also teaches at the New York Botanical Garden and the New England Wild Flower Society. ‘It’s putting things where it makes sense to have them and avoiding arbitrary moves. [Regardless of their size], gardens have to be based on the realities of the property, the use of the property, and the architecture of the property so the landscape is a give and take with the property…

…Princeton-educated, he worked in theater and film before founding his firm, GardenLarge in 1984 with his wife Julia, a botanical illustrator and graphic designer…

Brine’s jobs routinely take him from the New York metropolitan area and Connecticut to Boston and beyond. At these gardens as in his own, he says he often begins with the background, ‘using broad strokes and placing the largest plants’ first. But the largest plants are not always in the background. This is one of the key garden rules he breaks based on his own sense of aesthetics.

‘Background choices need to be at an appropriate scale with the home, its trees and other large elements to structure the entire landscape,’ he points out, ‘Backgrounds define and thereby create space.’ 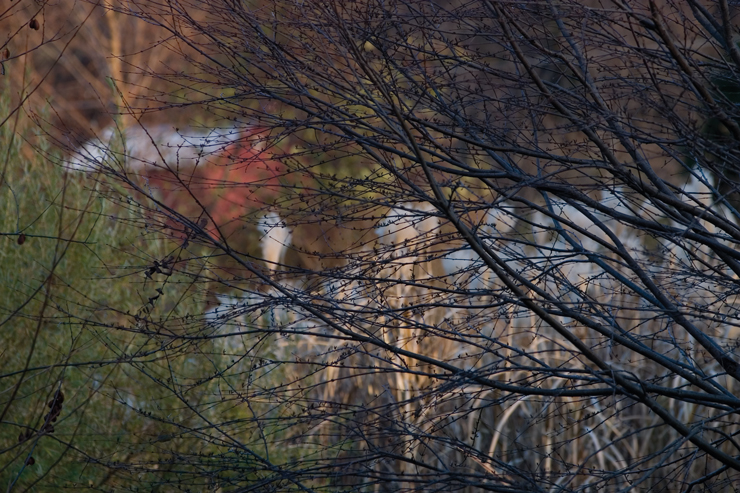 …Mixing foregrounds and backgrounds makes sense in terms of imitating nature,’ he says, ‘As you walk through a naturalistic setting, relationships between the backgrounds and foregrounds are dynamic. As your perspective changes, so does your relationship with the plants.’ This restructuring of the rules also leads the visitor to ‘look actively instead of passively,’ he adds.

Brine incorporates a large number of trees and shrubs in his designs because of the scale and because he believes it makes sense for other reasons. Shrubs generally have a fairly long flowering period and produce berries for the birds, he says. 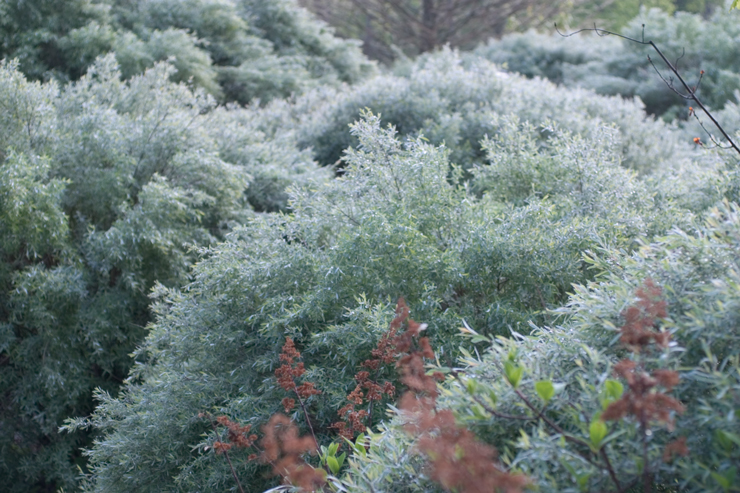 What is it about large plants that so intrigues Brine? ‘They add drama because of their size, but also because they control, conceal and reveal views,’ he explains...

A world out of order

‘The world is out of order in many ways and putting plants where they belong is an important part of needed remediation,’ he says. ‘Indigenous plants are the ultimate answer for the right plant in the right place. Without indigenous plants, our landscapes are hollow at their core. They are decoration without function.’

Bringing Nature Home, How Native Plants Sustain Wildlife in Our Gardens by Douglas Tallamy (Timber Press, 2007) is an important book that Brine would like to see more gardeners read. ‘We must have indigenous plants in our gardens if we are going to survive,’ he believes, pointing out insects and birds are quickly losing their food supplies. ‘The cycle is so out of whack and the public lands are not there to support it. We gardeners must make things right.’…”

In drought you discover who your friends are. Aga

This is our dearly beloved Vernonia. It pleaseth

So hot, so dry. Do you recollect what rain drops l