The Oblong Land Conservancy (OLC), the Putnam County Land Trust (PCLT) and Friends of the Great Swamp (FrOGS) are pleased to announce that they have formed a collaboration and jointly entered into a Memorandum of Understanding (MOU) that will lead to increased focus on conservation efforts in the Great Swamp Watershed.

The Great Swamp, one of the largest wetlands in New York State, covers some 6,678 acres and drains a watershed of approximately 62,343 upland acres. The 20-mile long Watershed lies in the Harlem Valley that extends from Brewster to Dover and occupies parts of Putnam and Dutchess Counties in New York and Fairfield County in Connecticut.

Conservation of this natural resource is vital for a number of reasons:

The MOU identifies two specific initiatives that will raise public awareness of the importance of the Watershed.  The first involves the creation and placement of signage at the points of entry on the principal roads to the Watershed so that everyone can become familiar with the Great Swamp’s existence and boundaries.  The second initiative involves the development of an educational program called Swamp Smart.  This will inform watershed residents about the importance of the Great Swamp and what each individual can do to protect its quality.

OLC and PCLT jointly applied for a Catalyst Grant to initiate local and regional partnerships and community initiatives that will lead to greater engagement in, and increased public support for, the protection and stewardship of environmentally significant lands. Conservation Catalyst projects for land trusts should engage multiple partners and stakeholders, have clearly defined outcomes, and advance the land trusts’ missions, strategic goals, and programs. Funded projects typically involve collaboration with local municipalities, other land trusts, or other conservation partners and to that end FrOGS has joined the collaboration to build on the work they have undertaken in conserving large areas of the Great Swamp.

OLC is an all-volunteer organization based in Pawling that undertakes conservation in the greater Harlem Valley.  It was founded in 1990 and now has approximately 1,100 acres under stewardship.

PCLT is an all-volunteer organization based in eastern Putnam County.  Its mission is to preserve and maintain for the public, open spaces and the natural resources within, for the purpose of conservation, education and recreation.  PCLT’s fee properties total 1,058 acres and it holds easements on another 138 acres.

FrOGS is an all-volunteer conservation organization dedicated to promoting stewardship of New York’s Great Swamp. FrOGS pursues this mission through Education, Scientific Research, and direct Conservation Action.  They provide science based information for local issues and focus on protecting habitat and species of conservation concern through collaborative coalitions with other organizations.

Join the Brines and other FrOGS to celebrate the diverse beauty of our local, majestic wetland. Enjoy work by local artists and artisans, educational displays, food, and activities. 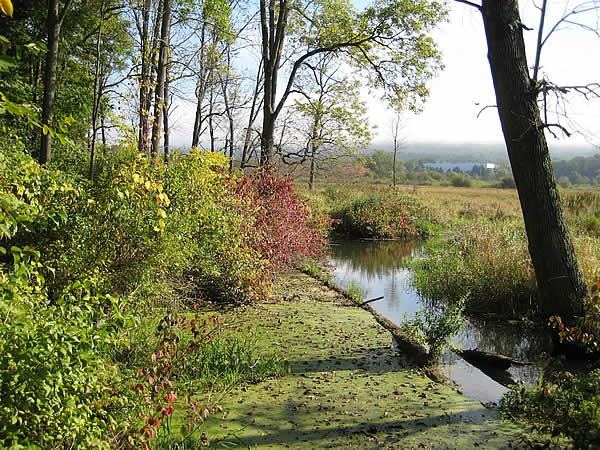 The Garden Conservancy, which makes America’s finest private gardens available to the public, presents the Brine Garden and the Scherer Garden in Pawling, NY, this Saturday, October 2, from 2-6 pm, rain or shine ($5 admission per garden).

In fall, rather than focusing on flowers, these gardens feature the ambiance created by vistas, their plants’ form, texture, and color. Kathy and Stan Scherer’s  botanically rich garden includes woodland paths, a mix of woody and herbaceous plantings, and a memorable Quaker Hill view. 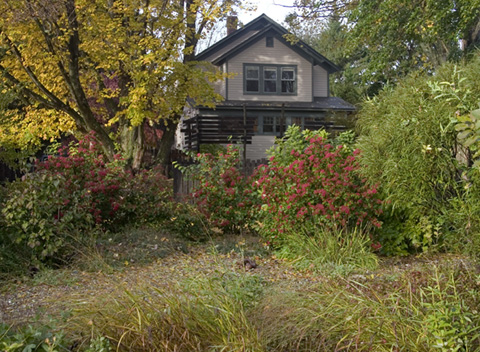 The New York Times, Horticulture Magazine, and other publications have featured Duncan Brine’s work. In the New York Times, Anne Raver describes the Brine Garden as “a dreamlike landscape.” She writes: “…the plants have been given unexpected roles, in unusual places, and the delight comes in seeing what they will do on this ever-changing stage.”

Horticulture’s Carleen Madigan explores Brine’s landscape design method, saying, “…the Brine garden is the embodiment of Duncan’s philosophy of gardening large. This concept doesn’t necessarily relate to size; it’s the idea that an entire property, be it two acres or twenty, should be seen and treated as one garden…”

Marilyn Bethany, formerly of New York magazine, wrote about the Brine Garden in www.ruralintelligence.com. “All good gardens are instructive. This one? It will blow your mind.” 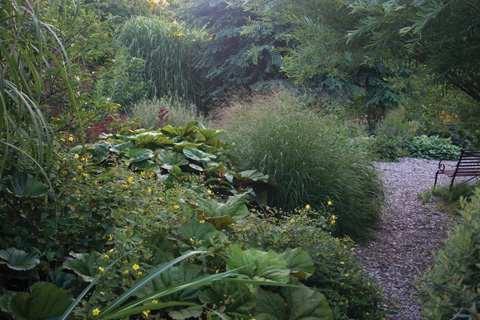 Diverse trees, shrubs, and grasses structure the naturalistic six acre Brine Garden, including an allée of the native, faux evergreen, Taxodium; a group of the uncommon understory maple, Acer triflorum; a grove of the native exfoliating birch, Betula nigra; a clutch of dense tree canopies from Persia, Parrotia; a band of distinctive fast growing, native swamp oak, Quercus bicolor, which was just introduced at the site of the former World Trade center; and the towering grass, Miscanthus giganteus, just coming into “flower” which to many resembles bamboo. Brine Garden visitors receive a property map and a list with botanical and common names distinguishing between U.S. native and locally indigenous plants.

Saturday’s Open Day is part of the Brine Garden 20th anniversary, which honors Doug Tallamy’s groundbreaking book, Bringing Nature Home: How You Can Sustain Wildlife with Native Plants (2009 Timber Press and available at Pawling’s Book Cove). Tallamy, an entomologist, writes of a future where the canopies of indigenous backyard trees link to provide meaningful habitat, especially for birds and pollinating insects.

The 20th year celebration began with a festive opening for an exhibit of Brine Garden images at Pawling’s Gallery on the Green and continues with the concurrent publication of a magazine article and a new book featuring the garden.

Duncan Brine’s article, “Inviting Nature into Your Garden,” urges those, “starting a new garden or contemplating a redesign, to consider a naturalistic approach, which has renewed relevance in today’s environment.” His feature story, accompanied by many images, is in the current issue of The American Gardener, published by the American Horticultural Society. (To read excerpts from the article, join the Brine Garden page on Facebook.)

Gardens of the Hudson Valley (2010 Monacelli Press), with a foreword by the New York Botanical Garden president, Gregory Long, has lavish, revealing photographs of the Brine Garden by Sue Daley and Steve Gross and interpretative text by Nancy Berner and Susan Lowry.

Duncan, with his wife and partner Julia Brine, will staff one of many tables at the free (donations accepted) upcoming FrOGS Art Show and Celebration of the Great Swamp, October 23 and 24, on Pawling’s Quaker Hill, in the exhibit hall behind Christ Church. FrOGS is dedicated to the protection and preservation of the Great Swamp of Dutchess and Putnam Counties through science and education. This lively annual event allows the whole family to learn, from a variety of sources, about what’s going on with the nature in our midst, and to discover the Brines’ passion and vision for a private garden’s potential. They are principals of Horticultural Design, Inc., a landscape design and installation firm, specializing in native plants and naturalistic gardens since 1984.

Visit www.gardenlarge.com, for directions to the Brine and Scherer gardens, information about the FrOGS event, and more about Horticultural Design, Inc, Duncan Brine, and the Brine Garden.

Join the Brines and other FrOGS to celebrate the diverse beauty of our local, majestic wetland. Enjoy work by local artists and artisans, educational displays, food, and activities. 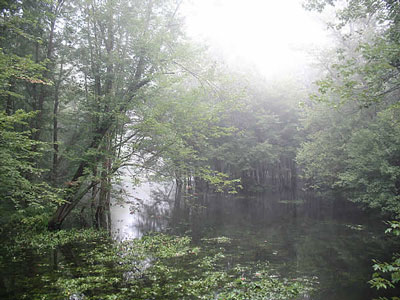 For more on this seminar go to gardenlarge.com.

Upcoming book from the Monacelli Press,
a division of Random House,

Gardens of the Hudson Valley

by Steve Gross and Sue Daley
features the Brine Garden.

Scott is a recipient of the highest awards from
the American Horticultural Society and
the Garden Writers Association of America.

Win a copy of Designer Plant Combinations from Fine Gardening.

An Appreciation of the Brine Garden

Schedule a garden consultation for this fall.